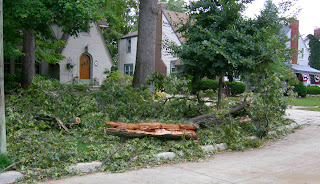 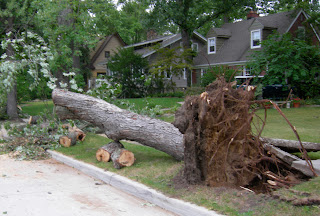 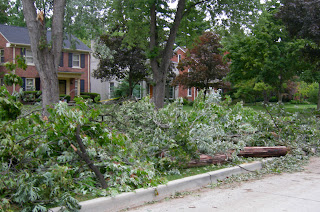 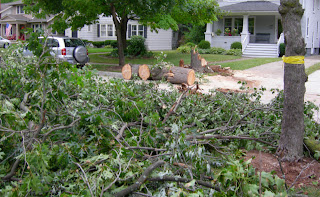 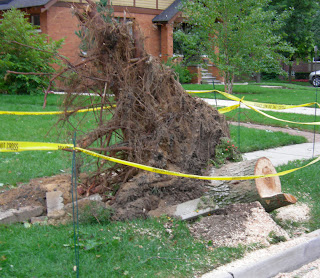 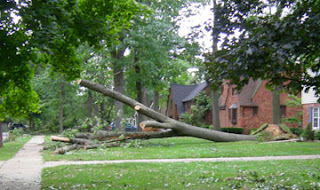 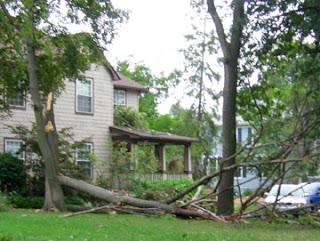 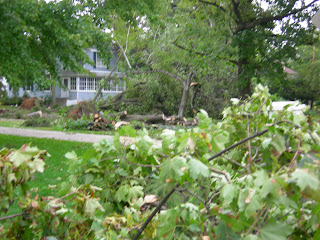 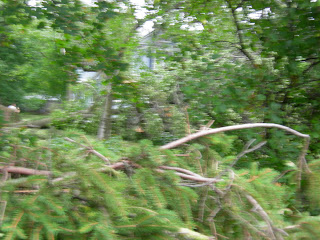 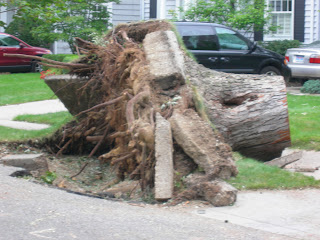 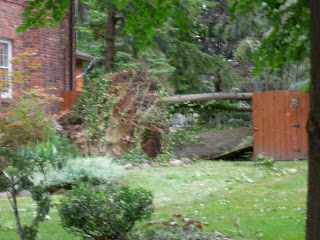 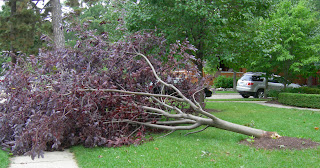 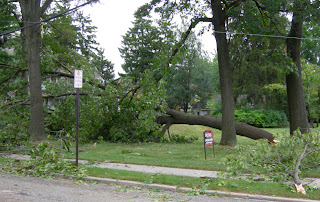 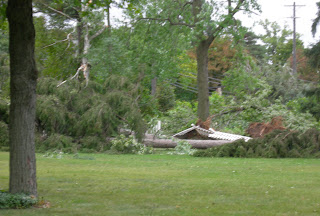 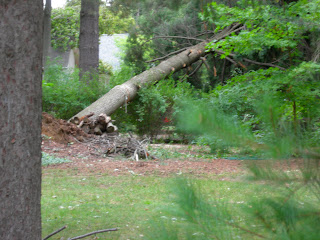 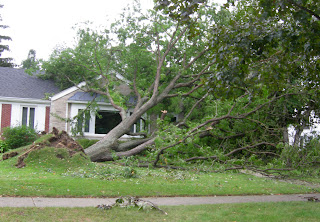 
Since posting, I've learned that insurance DOES NOT cover fallen trees. It only covers the car or house that gets whacked. The city as applied for disaster relief.
Posted by lynn arbor at 8:49 AM