The Gift of the Magi - with twists

Do you know the O. Henry story, The Gift of the Magi? It’s a love story. Jim’s most treasured possession was a gold watch that had been his father’s and grandfather’s. Delia’s most treasured possession was her beautiful hair reaching down below her knees. They were very poor. To buy a Christmas gift for his love, Jim sold his watch to buy combs for her hair. Delia sold her hair to buy Jim a platinum chain for his watch.
***
When John asked what I wanted for Christmas this year, I told him I wanted blinds for the picture windows at the back of the living room and dining room. This was asking a lot. Architects like bare windows, that whole uncluttered look. He whined. He argued.
“Why, all of a sudden after fifteen years, do you want blinds?” “Arrghh!” “Boo.” “Hiss.” Yes, he really said all those things.
I mentioned living in a fishbowl. I mentioned the neighbors on the block behind us seeing everything we did, not that we did anything interesting (the fishbowl inhibits interesting). I mentioned Boogie Men hiding in our yard. I mentioned not liking those two big black squares in the dark of night. I mentioned all the heat escaping out those cold glass panes. I mentioned that this was something I had mentioned for fifteen years.
But I knew I was losing. As backup present, I told him a new sweater would be nice.
Then, last Thursday night, I came home from my book club. Lo on yonder windows - BLINDS! When it was the last thing he wanted, he gave me blinds. He must really love me.
I've been swooning over how wonderful the blinds are all weekend, and he mumbles, "grrrr" and "arrgh".

***
When he was laid off from the architectural firm five-years ago, the rebel in him started gooing and greasing back his soft dark hair. He’s been going around slicked up like a hit man on The Sopranos ever since. I don’t like it. I miss his old hair. I’ve told him so - many times. He doesn’t listen.
Last Friday morning, while he was in the shower, I went into the cupboard and took his hair goop. I hid it under the dirty clothes in the laundry basket. He’s gone without his Aveda Phomollient for four days now. And looking pretty cute, I must say.

This morning, I finished dressing and was standing near the end of the bed when he came out of the shower. He pushed me back on the bed, pinned my arms and squished me. I couldn’t breath.
I yelled, “Help, help, I can’t breath.”
“Where did you hide my F-ing phomollient,” he demanded.
I laughed, and gasped, “I can’t breath.”
“I’m not letting you up, till you tell me,” he said.
“I forget, I’m old. I forget where I put F-ing stuff.”
More squishing happened. The man takes my breathe away.
"Okay, Okay," I said. "it's in the laundry basket that you took down the basement."
I guess he didn’t feel like going down the basement, because he left the house with his hair un-slicked.
So, now I’m going to get out the wrapping paper. I’ll giving him something I really don't want him to have. I'm giving him his f-ing phomollient for Christmas, and some other stuff too. 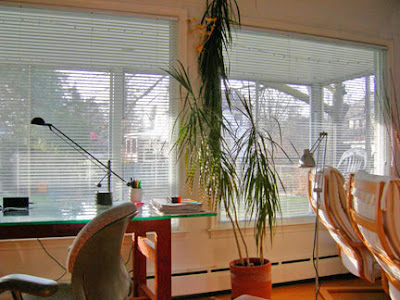 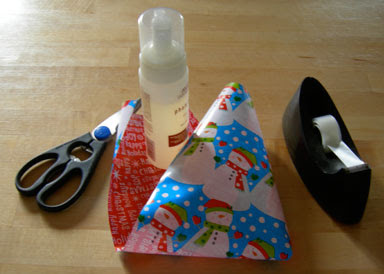 No Writing When Writing

I haven’t written a blog post since Labor Day.
Throngs of readers are standing on my porch begging me to write something. They crush into each other like hungry people in a bread line, or teenage girls waiting for tickets to a Justin Bieber concert. The crowd is growing, and so thick and deep that some are standing in the street. I’m afraid someone will get run over. They're chanting; write a blog, write a blog.
Really? Of course not. Two people asked if I was still writing the blog, and incase you were wondering too, here’s the story:
On August 9th, I started writing a memoir about the last two years of my mother and grandmother’s lives. All of my obsessive behavior patterns jumped into fifth gear. Forget dusting. Forget cooking. Forget entering piles of receipts into Quicken. Forget painting. Write the book. Read the writing. Write some more.
Ignore John when he walks in the door and kisses my cheek. Guilty? Not very. I did kiss him before he left. Curiously, he finds me ever so much more interesting when I ignore him.
On October 10th, two months later, the book was finished. 150 pages.
I gave it to family members, and two close friends who didn’t know the story already. As they read, I read it again. And again. Changes. Edit. Correct spelling. Add some here. Remember more stories to add.
Read it again and again. Write. Edit.
Ann doesn’t like my mother, hates the beginning. Joy teaches me grammar that I should already know, but don't. She puts smiley faces on the parts she likes. My daughter, Sue should have been a copy editor...she is GOOD. Bonnie tells me that I didn’t mention the shark she drew on the tablecloth at Thanksgiving. John reads it and reminds me of more things I’d forgotten, and places where I’ve exaggerated.
I read it again. Oh, my god, it is really bad. Really boring. Why did I do this?
I read it again. It is awesome. Diane Rehm will have me on her radio show on NPR. Ten weeks on the New York Times Best Seller list. Maybe they'll make a movie.
I write more. 180 pages. Edit. Don’t like it. Love it. Worry it. Get sick of it. Hate it.
When I can’t sleep the book fills my head at night, crowding out possible dreams about gorilla suits and forgetting my locker number in high school. I wake up and word arrangements clutter my cereal bowl and paragraphs pour from the coffee pot into my cup.
Maybe by January it’ll be a real book that I can mail to an agent. Maybe.
In the mean time, it's getting cold out. If you must stand on my porch, I'll bring you a cup of coffee. Do you take cream and sweetener?
Posted by lynn arbor at 12:15 PM 8 comments: