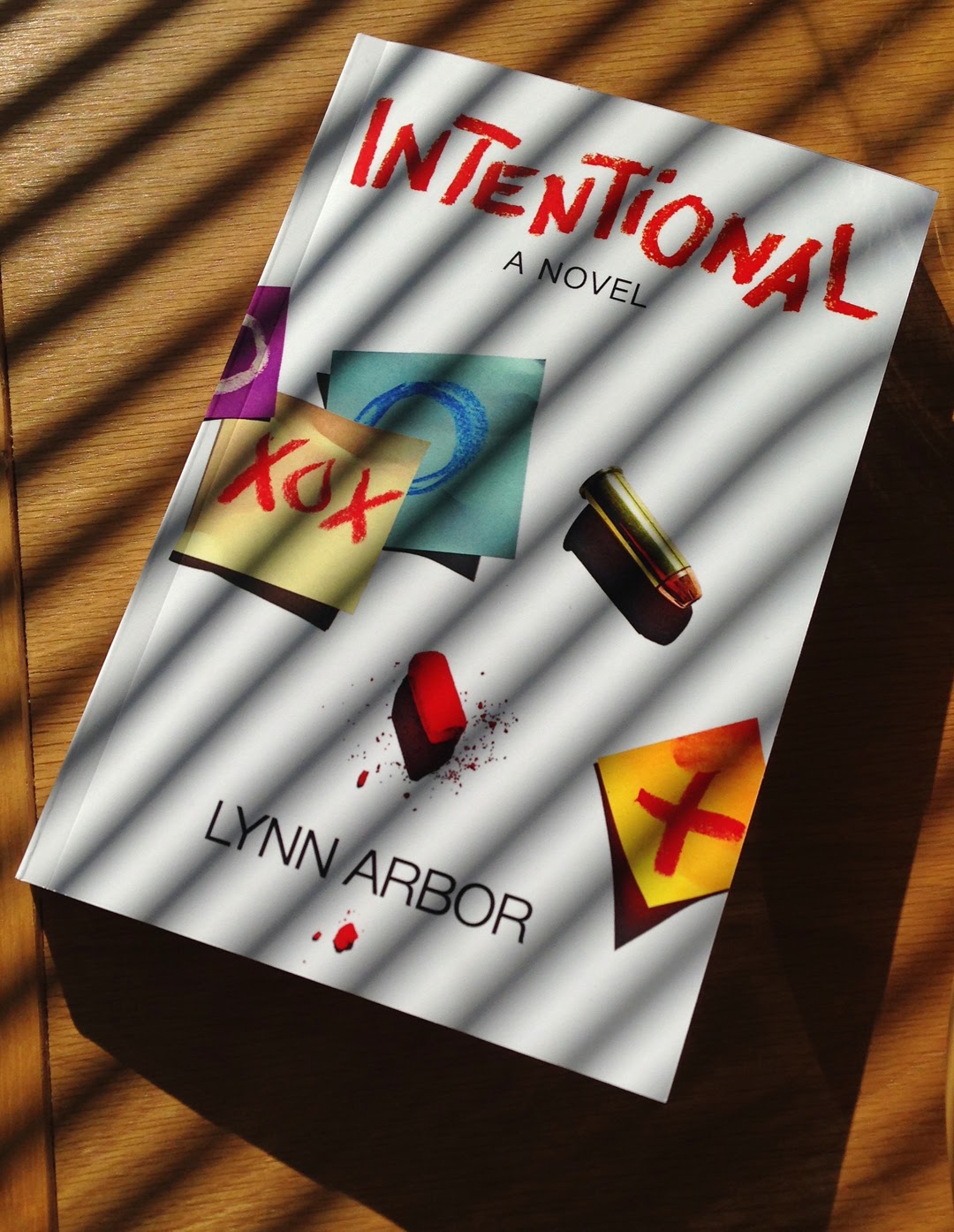 There will be a party celebrating this book's very difficult delivery.

The book's Mom will read a bit (showing off her new born),
and answer questions.

Get your autographed copy
There with be copies available for purchase
($15.00 each)
The mom is covering shipping costs.
Such a deal!

Wine, sweets and coffee will be served.

If you can't come, you can get a signed book from me,
or shop on Amazon.com.
E-book versions will be available--
Kindle, Smashwords and iBooks after February 7th.

PS. I've read it, and it's pretty good.
The shiny cover feels good to the touch.
Yeah, I admit it, I pet the book.

Oh Baby, the Sun was Shining

I've been nervously waiting for several weeks to hear what Kirkus Review would write about my novel. Then when the email came yesterday, I was afraid to open it. But forcing myself to be brave, I clicked on it, and it was very good news. The reviewer didn't use any of those words I was worried about, like "boring," "sappy," "stupid," "icky," or "don't bother with this one."

It was good. And most exciting...the reviewer read the exact book I wrote. He or she got it.

Then another good thing happened on sunshiny Monday. 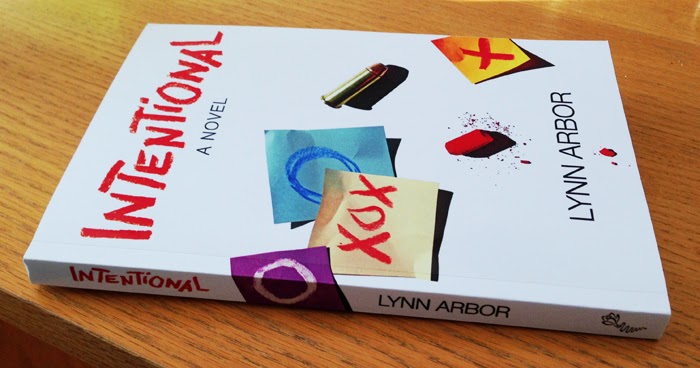 The proof copy of Intentional came from CreateSpace, and I'm thrilled. It looks better than I expected. IT'S A REAL BOOK! White and Shiny. There were a couple things that I need to fix (like adding a "praise page" using some lines from the Kirkus Review) and putting the Acknowledgements page back in (now how the heck did that get lost).

So I'm hoping for a publishing date of January 30. Crossed fingers. We'll see.

In the meantime, here's the review...

In this novel, a woman’s friends and family deal with the aftermath of her suicide as they try to understand her reasons and their own roles.

The last Lily Cummings hears from her best friend, Dust Steward, is a text message: “I love U. Be.” Be what? Dust (shortened from Dusty) can never tell her, because she shoots herself with her husband’s gun in the fancy bathroom of their home’s luxurious new addition. Lily, 37, together with Dust’s husband, daughter, mother and neighbor, struggles with her grief, confusion and guilt. Dust left no note and had apparently been planning the suicide for some time. Why? A passionate environmentalist, Dust hated the house extension and its enormous carbon footprint—concerns that her husband, Robert, with his conservative political ambitions, dismissed. He also threatened to keep their daughter, Grace, from her if she tried to divorce. Now, he must face up to his role: “I’m not innocent….Everything she believed in, I smacked down. I did it.” With good cause or without, everyone wonders if they could have done more. Dust’s suicide becomes a catalyst for other major life changes elsewhere—a collapsing marriage, rapprochement with a long-gone mother, etc. Throughout this intelligent and perceptive novel, Arbor traces with strength and delicacy the many strands leading up to and away from a suicide. She brings out the textures of people’s lives through their in-jokes and little customs so that readers can feel the web of living connections that Dust was part of and left behind. The childhood friendship between Lily and Dust is shown to be full of the shared fears, hopes and joys that kept them friends into adulthood, which helps define the scope of loss. Though everyone tries to play detective to understand Dust’s suicide, the answers are messy. After Dust’s death, one of her jigsaw puzzles, unfinished, lies gathering dust, the pieces never put together.

A thoughtful, sensitive but never saccharine exploration of what suicide leaves behind.--Kirkus Review

No, no, don’t get excited, this isn’t about anyone’s marriage.

This is about the final drama of making a manuscript become a book. Ugh. This isn’t the fun part.

Two and a half years ago, on July 2, 2012, I wrote the first 500 words of my novel. It was the beginning of the fun part. I'd wake up at 5:00 a.m. with some idea gelling in the dark, then get up and hang out with imaginary friends, while writing in the Pages  program on my Mac laptop. This was very entertaining.

But at some point I discovered that publishers only want books written in Microsoft Word, so in 2013 Santa brought me Word for Mac for Christmas. This year Santa bought himself a new PC laptop and Mrs. Santa gave him the latest version of Microsoft Word for PC’s. Aren’t we romantic?

Learning a new computer program was a struggle, but hey, Wonder Woman can conquer anything. All you have to do is stand in the middle of a room and twirl. Yeah, right.

But I did it. I figured out Word for Mac. I completed the novel, sent out the manuscript, and got the rejected manuscript back several times.

Then I decided that before I was buried six feet under with my skin decomposing, I would make it a real book. I decided to use CreateSpace (Amazon) for paperbacks, and Smashwords for e-books. I would become an Indie (Independent) Publisher, so I registered my assumed identity with the State of Michigan for ten bucks. Ta da! Now I’m Spring Forward Publishing.

Then came the cover design. Since I spent years at the College for Creative Studies learning how to do such a thing, there was no question—I would (with tweaking help from Nancy) design my own cover and the inside pages of the novel.

There were several incarnations of cover designs: a dark room with candles flickering (it seemed to be selling a spiritual-self-help-New-Age book); hot air balloons floating in a New Mexico blue sky. Although there’s a scene in the book with hot air balloons, it just looked too light and fluffy. Finally with votes from my blog friends and Facebook friends, the white cover was the winner.

Did I mention that I had to buy a bullet for the cover image? Ms. Anti-gun got the heebie-jeebies going up to the gun counter. John hid in another part of the store while I had a clerk pull bullets out of boxes so I could pick the prettiest. I only needed one, but I had to buy a whole box. $24.99 plus tax. I'll donate them to our police department.

Next, I learned that I’d need to buy ISBN numbers from Bowker. Since I might print other versions of my book and write more books in the future, it’s recommended that I buy a package of ISBN numbers. So I did. Then I needed to buy a bar code for this book. So I did.

I almost forgot about the emails to Rogers and Hammerstein for permission to use the lyrics from "My Favorite Things." That'll be $75 up front for the license which covers 500 copies of the book. Thank you very much.

I have a very good art/graphic design education, but my grammar knowledge makes me insecure. You can ask your friends to read the book. But, you should never ask them to check your grammar. Who knows, you might need a kidney donor some day. I needed some serious professional help, so I hired a copy editor...very expensive, very worth it.

Then yesterday I ran into a huge snag. The book has to be submitted by email as a PDF file. When I made the PDF, my page numbers were missing their cute little bottom halves. After several hours of tearing my hair out and reading on line forums, I decided to move the numbers to the top of the pages. When I did that, the headers disappeared. That’s the area at the top of the facing  pages that should have my name and the books title.

Desperate,  I took my book file via a little detachable drive downstairs and plugged it into John's PC. SOLUTION!

Not so fast. Word on the PC is a different animal, a wet dog maybe. The whole program looked alien. The buttons, knobs and pulleys were all in different places. Damn you, Bill Gates!

I was tempted to throw in the towel. I was also tempted to throw both the computers out the window. Maybe I should just let someone at CreateSpace deal with my layout? For $199 CreateSpace would format my book for me. Or just forget the whole thing? Just stick the damn book in a file drawer and be done with it.

No. Hell no. I’ve already invested so much I can’t just discard the book. My heart's in there...plus thousands of hours and dollars. I bought bullets for God’s sake.

Okay, calm down. Find the help menu. Read it. No, don’t just skim it. Read it again...every word. Hey, there’s a button I didn’t know I was supposed to click (it’s not on the Mac version).

Woo Hoo, I got page numbers and heads at the top of the page. Now just put it on my Mac upstairs and check how it prints.

Dang! All my nice Helvetica Light chapter heads had transformed into something obnoxious. My darling husband and I have incompatible fonts. However, the Garamond body copy looked fine. Now what? Use the C word. Compromise. I changed all the heads to Garamond. Not exactly what I wanted, but it would work.